The World is Changing; Our Schools Should Be, Too 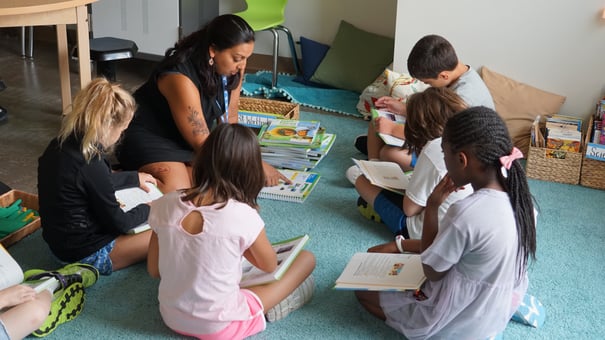 Our own Martin Moran, Lead Designer and Upper School Director at Bennett Day, recently penned a thought-provoking piece about a story that ran in the Chicago Tribune. This insightful response provides an in-depth and insightful look into competency-based education.

It’s wonderful to see the Chicago Tribune publicizing the competency-based approach in it’s lead web piece yesterday, entitled “Illinois High Schools Test Different, Often Controversial, Approach to Education.” The work of Proviso and other schools in the pilot program is exceptional, as they are working hard to change a system from within, which is an incredibly laudable practice. There are a few areas that could use further explanation, as the article takes on a rather extensive topic.

It is my hope that readers did not come away feeling as if competency-based education is somehow less rigorous than the “good old days” of education. Often, unfortunately, innovative education practices, especially those characterized as student-centered, are criticized as somehow lowering the bar for students and not retaining the challenge that comes with practices considered more traditional. Of course, competency-based education is a more student-centered, equitable approach that provides much more flexibility in pacing. However, it is also a more thorough, rigorous, and in-depth way to assess student learning, providing more meaningful data about students’ knowledge and skill development. Competency-based education provides a means by which schools can graduate students more confident that they have prepared them for life after school.

A competency-based system is one in which traditional grades are superseded by an assessment of the specific skills of a given discipline. Take, for example, algebra. In traditional systems, students are given a grade (typically A-F) at the conclusion of a course that acts as the summary statement of everything they’ve accomplished in Algebra. However, nowhere in that grade does it explain whether or not the student has accomplished the necessary skills required of a mathematical thinker. The student could have done any number of things (turned in homework on time, done extra credit) to earn his or her grade, but that grade might only have passing correlation with knowledge or skill in Algebra. Competency-based learning removes complicating variables in grading and insures that skills are learned, simply because they are required to be demonstrated to the satisfaction of the school. It is a deeper, more meaningful way to assess students’ progress, ensuring that they actually can prove that they have the skills in order to move on to the next level.

More importantly, competency-based learning gives schools and teachers the freedom to approach concepts using a wider variety of learning methods and styles, including a greater number of learning experiences in their courses of study. And because we live in a cross-curricular and interdisciplinary world, schools are able to create more diverse, cross-curricular experiences as they are no longer restrained by the need to offer specific “courses.” This creates a greater schedule freedom so that schools can be more responsive to the changing world by adapting curriculum to fit the needs of society.

Grades, as traditionally used, are an anchor that weighs down a bloated system, ultimately causing students to suffer. Grades act merely as a sorting mechanism, providing little relevant feedback to learners in and of themselves, instead generalizing “success” in such widely disparate ways that they have lost all meaning (ask two teachers in the same school how they define an “A” and you’ll likely get two very different answers). Competency-based learning provides an opportunity for education to begin to catch up to the means by which most industries assess their efficacy: through personalized, targeted data analysis. Finally, and most importantly, competency-based education forces schools to re-engage with their fundamental mission: to insure that every student who graduates has the skills to be an effective, productive citizen.

To paraphrase an oft-used quote: The most dangerous seven words in the English language are “because we’ve always done it this way.” In an era in which every aspect of our society is undergoing a tectonic shift, we cannot rely on that logic to guide our education system. We owe it to our young learners to use every tool at our disposal to create the best learning environment for them. And competency-based learning is a step in the right direction.