Construction Update on New Campus as of 5/24/16 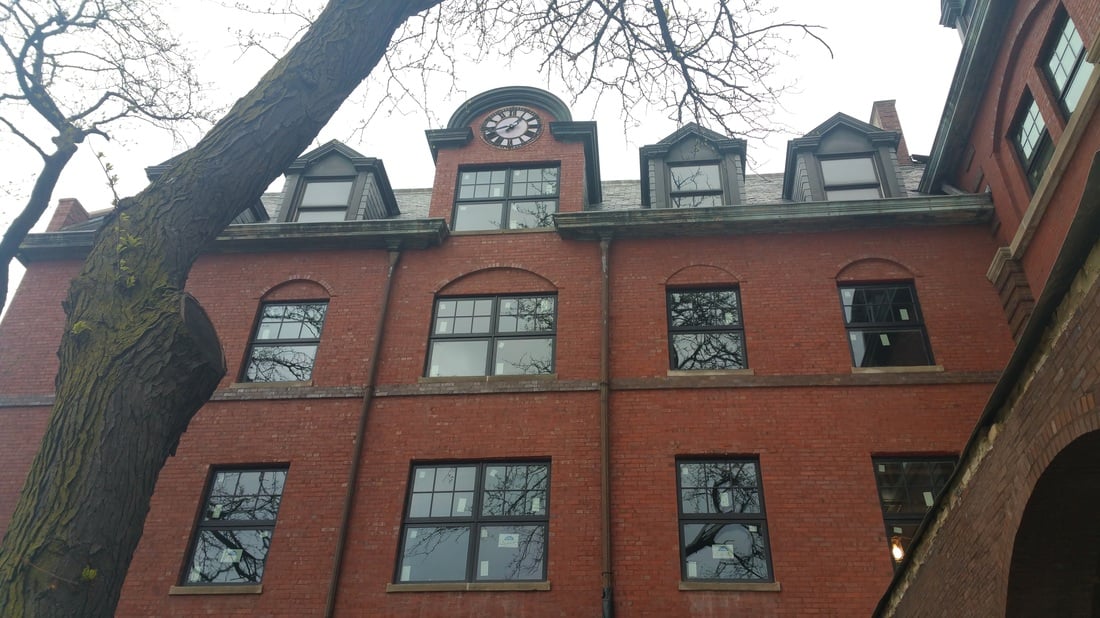 Activity is happening across the entire site this week.  The Mechanical, Electrical & Plumbing on the first three levels is complete and has been inspected and approved by the City of Chicago.  The floors are released to begin drywall.

The final steel beams and columns are in place on the north half of the building.  Roofing for the mechanical penthouse in this area will start next week. Fireproofing of the structure is complete throughout the entire 4th floor, and wall metal stud framing has started.

The elevator equipment is on site, and installation will start next week. The elevator lobby window framing is complete.  The glass has been measured and is in production.  The remaining framing for the east side windows is ongoing and should be complete by the end of the week.

Site cleanup for landscaping and the outdoors has started.  The excavator is undercutting the existing clay and placing topsoil for the southwest corner turf area. The permanent fencing is in production. The landscape committee is reviewing play equipment options with the teaching staff for the soft play area.

Off site progress is happening as well.  Casework for the classrooms is in production and will be delivered in early June.  Kitchen equipment has been selected and is being readied to ship to the site.  We are on time and on schedule for our fall 2016 grand opening of our new campus.